Atenas, the smallest of our featured towns, is one of the highest-rated destinations for both expats and ticos seeking the Pura Vida lifestyle, without giving up the conveniences of modern Costa Rican life. Located in a secluded spot in the western Central Valley it offers a favorable style that will surprise you.

National Geographic named Atenas the city with the “Best Weather in the World.” Year round daily temps are 60 to 85°F, with night-times dropping to the upper 60°s. Residents sit in the central park, enjoying the weather, then cross any avenue to find shopping,excellent dining, service locations, and especially a café for a hearty cup of java. The lively town center contains it all.

Surrounded by rolling green hills, coffee plants, and sugarcane, the small town of Atenas, which also happens to be the capital of the Atenas canton, offers a true taste of Costa Rica Culture and a glimpse into the life of locals.

Taking its access from highway 27 from San Jose, Atenas is located less than an hour outside the bustling city of San Jose and a bit over a half-hour from the  San Jose International Airport Juan Santamaria ( SJO )

Entrepreneur, goal-driven, passionate person. Customer service oriented who believes in commitment and trustworthiness. I consider myself a responsible and enthusiastic who has the heart set to help others. I love my country and hope to inspire others on making the big move to this beautiful place called Costa Rica. 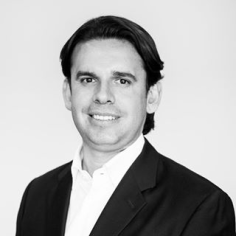